LOCAL EMOTION PICTURES is a workshop production method. It promotes as much connection as possible between the story, actors and their background. The script is written from the people and their stories.
Here is a basic plan to develop and make the movie. (1) Audition and select actors through videoing their love stories. (2) Organize an actors’ workshop with improvisations of scenes from the love stories and edit the scenes into a final filmic drama. (3) Shoot the resultant script. (4) Edit and exhibit the movie.

Auditions are held to find people whose stories personify the place where the movie is set. Each applicants tells a personal love story which is recorded on video. The recording provides potential story material and also reveals more about the person than a conventional ‘acting’ performance. In conventional acting auditions the applicants pretend to be characters - instead, we try to find the unique qualities of the person applying to be in the movie. Actors are chosen from their unique qualities - and the stories they tell. For a real story set in a real place, the characters must be connected to that place.

As well as finding people with qualities that give character to the place, they (the actors) have to be willing to avoid trying to be invented characters. When actors try to represent 'characters', or give performances, it can be entertaining but it diverts us from the essential mystery of the person. To pursue that mystery, we search for the deep, hidden needs and desires of the characters. The main thing practised in the workshop by the actors is reading their partners attitudes while pursuing their own desires. This work engages the actors in analysing their hidden desires. In addition, all love stories include the tensions between the individual and society, between tradition and modernity, money and detachment, body, soul and mind, good and evil, youth and age - and innocence and experience. Bangalore has all this in the extreme. The place is packed with vivid, comic and tragic characters rich with entertainment skills and there are brilliant locations and situations. We must celebrate this in the movie, especially any actor’s special talent and flair for entertainment.

Actors Script workshop: In a script development workshop, the chosen players work on scenes from dramatic elements found in their love stories (using improvisation). The video-ed scenes are edited (distilled) and become part of the scripting process. Much of the final dialogue is edited from the improvisations and then played back to the actors. From watching the playback, the actors learn how their analysis and screen technique is working. While the actors rehearse the developing scenes, we begin to infuse into the script their personal talents; e.g, a boy is a fabulous dancer and that enlarges his story, an actress's pregnancy becomes part of the story; a girl is a karate ace and that illumines her story. The writer enriches the overall story with these integral elements. The story takes shape after some months and then we rehearse the developed scenes, adding detail.

'Story' is found in the people and place where the film is made. Rather than squash that into the structure of the Hollywood/Film School manuals, we work to discover a film form in the alive stories. This involves finding the ‘visual and dramatic relationship of the characters to the background’. We develop this as a movie. In other words, this means discovering the appropriate framing, rhythmic, textural and sound juxtapositions that suit the character’s stories. The workshop shapes their stories into filmic drama.

Shooting The director of photography should be involved in the development workshop. This will help find more connections between characters and place and allow more intuitive camera moves and produce more options for the style of the final movie. The options include the framing, montage, sound and juxtapositions of the movie.
We look for acts of spontaneous courage and humour. But actors (playing characters) often block their impulses when ‘trying to get it right’. Alternatively, 'To act impulsively while pursuing your real desire', requires courage and gracefulness. These are qualities worth filming and the method encourages this in the acting and the filming.
It requires a brave leap in the dark by the player to act impulsively as they pursue their desires. The method encourages the camera operators to also go with the flow of the improvised action rather than being too premeditated. The camera needs to be alive to the flow of energy between the actors and to the changing relationships of the characters to their locality.

Capturing images is only part of film-making, but for me, preparing to capture those authentic impulsive moments of courage and humour is crucial. The whole production process is a way of setting up and capturing those decisive moments.

Scheduling the movie is easy because everyone knows where they are in the story.

In order to retain the actors' energy in scenes, we shoot faster than in a conventional production schedule. It means spending more preparation (workshop) time pushing the method of exploration ('Practical Aethetics') to achieve that live connection.
The method gives the actors lasting focus as well as courage - so while we can shoot very fast, the method sustains the actors and it is possible to push further and spend more time getting the ‘decisive moment’.

Editing A good editor should participate early in the process in order to discover and practice the individual filmic style of the movie. And a generous amount of editing time is needed to arrange that mosaic. A huge benefit in production would be re-shooting. That would be encouraged by a good editor involved in the whole workshop process.

Some background We (audiences) are engaged by what is inimitable about people on the screen. And a story can be found in the tension between the foreground person and their background and we can explore that story in the movie. This naturally results in dealing with the social conditions of the place where we are filming. Real social issues are exposed through this way of depicting the characters.

These issues generate real emotions. The question is: what is the best way to capture genuine and spontaneous moments? Most of the actor’s preparation is done to achieve an unselfconsciousness (forgetting of themselves) while they strive for their desires. Preparing actors through scene analysis and practice, through ‘Practical Aesthetics’, is a good way to achieve those moments of truth with actors. When the crew is also technically well-prepared and committed enough, we will be filming at that moment.

We want to capture something authentic about our lives - to depict the story of people's true desires in relation to the community and conditions where they live.

Exibiting the Movie. Screenings will initially be at grass-roots venues in keeping with the integral nature of the production and maintaining connection with the community. 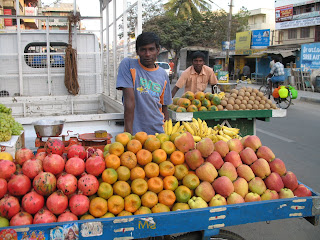 Lets imagine the vast possibilities of ‘Bangalore Love Story’ as a 90 minute feature film. Love stories are compounded of all the tensions between the individual and society, between tradition and modernity, Money and detachment, body and soul and mind, good and evil, rich and poor, the new and the old, youth and age - and innocence and experience.
Bangalore has all this in the extreme. Because of the urgent Indian context it will be dramatically interesting – not only to people in Karnataka. Your place is packed with vivid, comic and tragic characters who are rich with entertainment skills and there are brilliant locations and situations. We must celebrate this in a movie. Basically, we look for a range of characters who personify the place. I’d love to see some pictures of Infinite Souls.

As a starter to our discussion, here’s a very basic plan to develop and make the movie.
(1) Audition and select actors through videoing their love stories.
(2) Organise an actors’ workshop including improvisations of scenes from the stories and then: script edit the scenes. 1 month ( 18 scenes of 5 minutes each)
(3) We video the selected scenes. ( 2 teams shooting – 9 days each)
(4) We edit (will takes several months) and exhibit the movie.

Orange Love Story took well over a year from (1) to (4). We can do it in less time - and make a better movie. But I think it will take at least six months to complete. For my involvement, I could come for up to three months. This probably means you do the auditions and select the actors and their stories. I would be there for the actors workshop where we script edit an overall structure from the improvised scenes. I reckon this needs at least a month. And I can be there during the shoot. Then we would do the edit both in Bangalore and Sydney using internet to improve the cut. We would need to be practical in planning. There may be ways you can think of to speed the process up.

In any case, the most important contribution I can make is to encourage an irreverent devil-may-care approach in the acting and (I mean) a non-arty, non-lugubrious treatment with jokes, tricks and low-life humour as in Shakespeare – as well as heart wrenching longing. Possibly it could verge on the surreal. With songs, dance, funny business and hopefully animation.
After we talk, we can look at a more detailed plan and I can add ideas based on my experience.
Posted by tom cowan at 8:33 PM 2 comments: 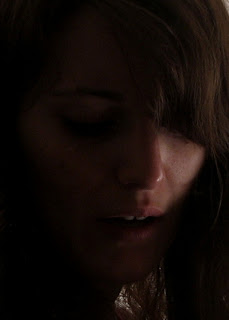 I see movies as detective stories.
Outside the visible frame is a mystery – the detective seeks the answer to what hides unseen outside the frame.
The story for the audience is the search to reveal that secret. The frame moves and we discover another clue. We also want to uncover the mystery presented by the characters. ‘She badly wants something and has great difficulties getting it.’ What will Red Riding Hood uncover when she travels to Grandma’s house? She is confronted by daunting obstacles to her goal. And the audience badly wants to know how she will measure up while she struggles to discover what is hidden.
The movie I am interested in spins this yarn as a game at high speed. It captures the images live, so the actors and crew, like skilled musical improvisers, bounce ideas off each other with the abandon of dervishes who dance just ahead of logical thought. The camera surfs these waves, catching the patterns of energy the actors create.
I see movies spinning stories that are astonishing, heartbreaking, spiritual, enraging, encouraging, hilarious, poetic, pulsating. I see movies as dreams, sexy, scary and ridiculous.
Not all movies are like this.
Posted by tom cowan at 11:58 PM 1 comment:

tom cowan
Tom Cowan wrote, co-produced and directed four previous feature films and his ‘JOURNEY AMONG WOMEN’ won the AFI’s Most Creative Feature Film Award in 1977. It was commercially highly successful as well as being a personal statement – running for 16 weeks in Sydney’s George Street and selling in 17 countries. His other feature films as director are ‘THE OFFICE PICNIC’, ‘PROMISED WOMAN’ and ‘SWEET DREAMERS’. Tom was also the support system to other directors in the 80’s. His first Local Emotion Picture as director was the feature film entitled, ‘ORANGE LOVE STORY’. It was a hit at the Melbourne International Film Festival in August 2004. The current feature project is a another Local Emotion Picture to be shot in South India - 'Bangalore Love Story'.